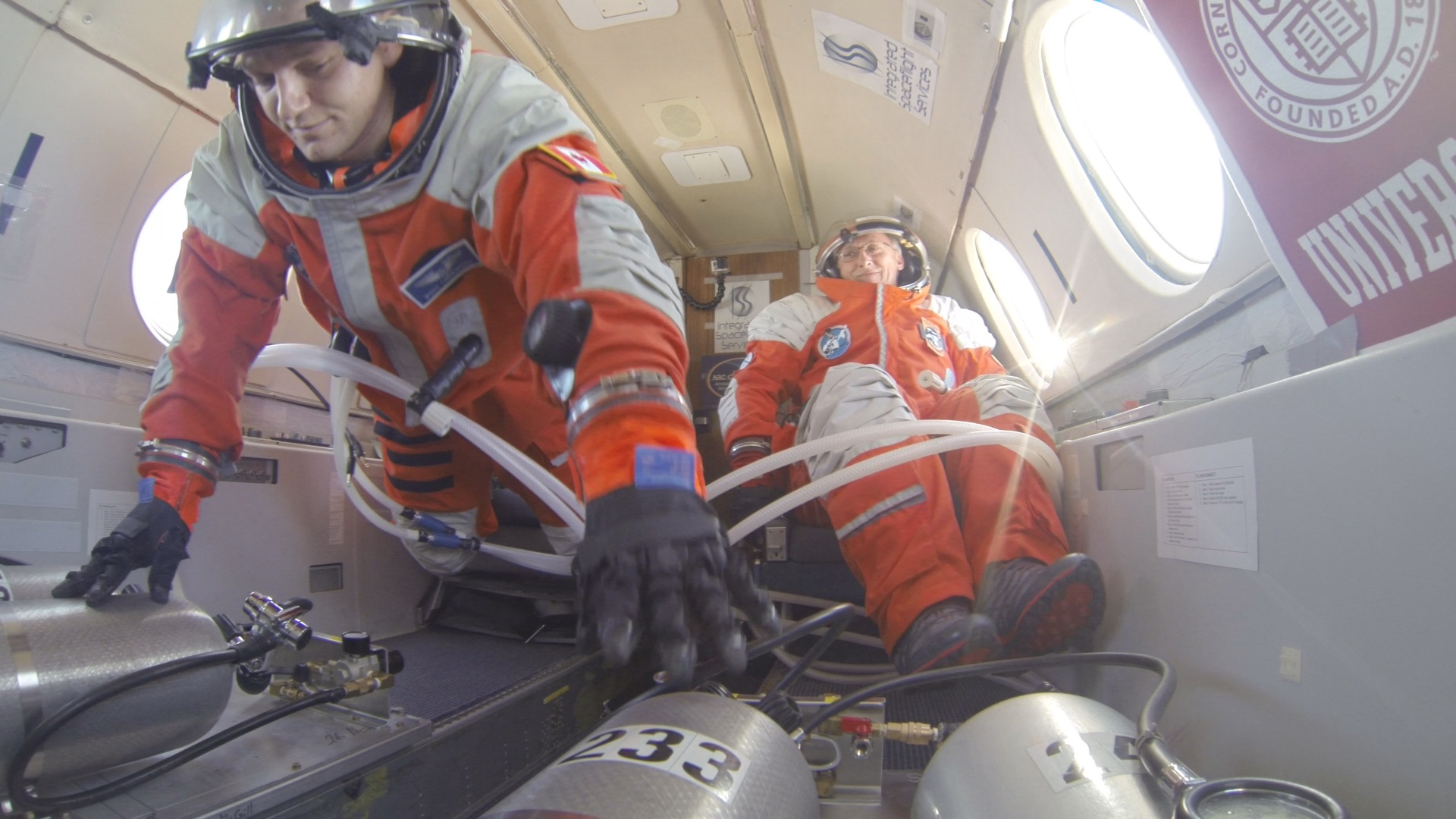 The Falcon 20 aircraft was chosen for its exceptional quality of microgravity that best approximates the space environment, as well as a cabin interior that best replicates several space vehicles being produced. On each of the four flights, a series of parabolic maneuvers were conducted in which the test subjects would perform range of motion tests, fine motor skills tests, seat egress and ingress tests, and assisted seat ingress tests. Onboard suit pressurization and monitoring systems were also evaluated in flight.