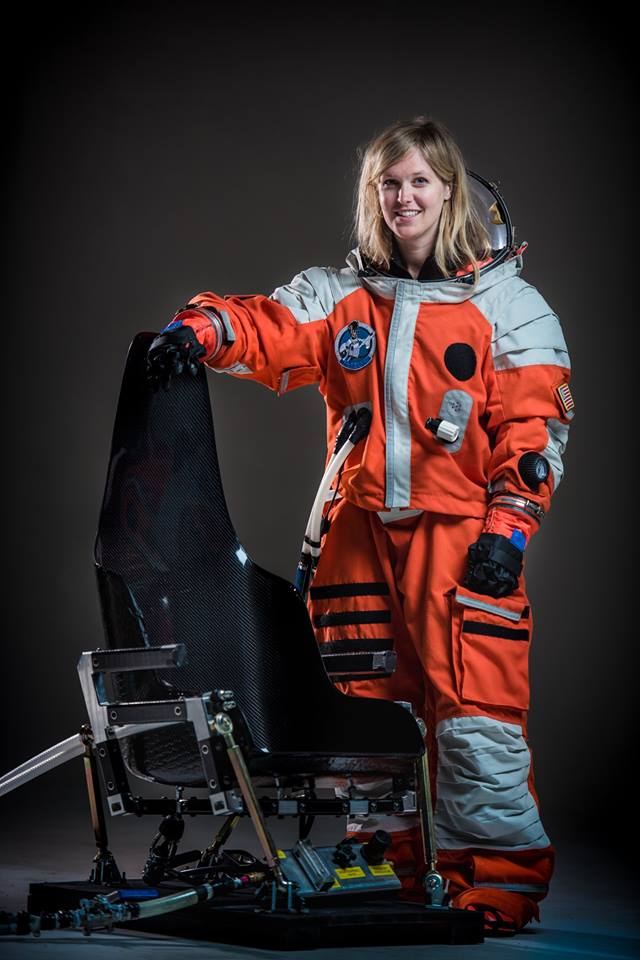 Project PoSSUM announced today that it had completed the first phase ground evaluation of a spacecraft seat designed to accommodate the Final Frontier Design (FFD) 3G IVA spacesuit. The seat, designed and constructed by Integrated Spaceflight Services (ISS), is configurable for either vertical or horizontally launched vehicles and can support a wide range of impact loads and angles.

The seat will be again tested in August with a head constraint and a harness system attached. In September, the seat will be sent to Ottawa, Ontario where a team of 16 Project PoSSUM Scientist-Astronaut Candidates will evaluate the seat in microgravity and high-G conditions through a series of four parabolic flights, extending upon phase-one tests that were successfully completed in October 2015.

“This second phase of testing will serve as a dry-run for a NASA-selected flight opportunity in which the suits will be evaluated fully pressurized.” said Dr. Jason Reimuller,  Executive Director of Project PoSSUM.

A Falcon 20 aircraft was chosen for its exceptional quality of microgravity that best approximates the space environment, as well as a cabin interior that best replicates several space vehicles being produced. The second phase of tests will test the prototype seat, the suit/seat interface, and a biometric monitoring system through a series of three flights. This test will also mature an in-flight suit pressurization system in preparation for ‘visor-down’ testing that was selected by NASA’s Flight Opportunities Program last December.

“The purpose of these tests is to increase our technology readiness level (TRL) through human testing in a high fidelity, relevant environment. The results will be used to validate pressurized suit performance under live, unpredictable conditions and further our milestone goal of flight safety approval from the FAA AST.” says Ted Southern, President of FFD.