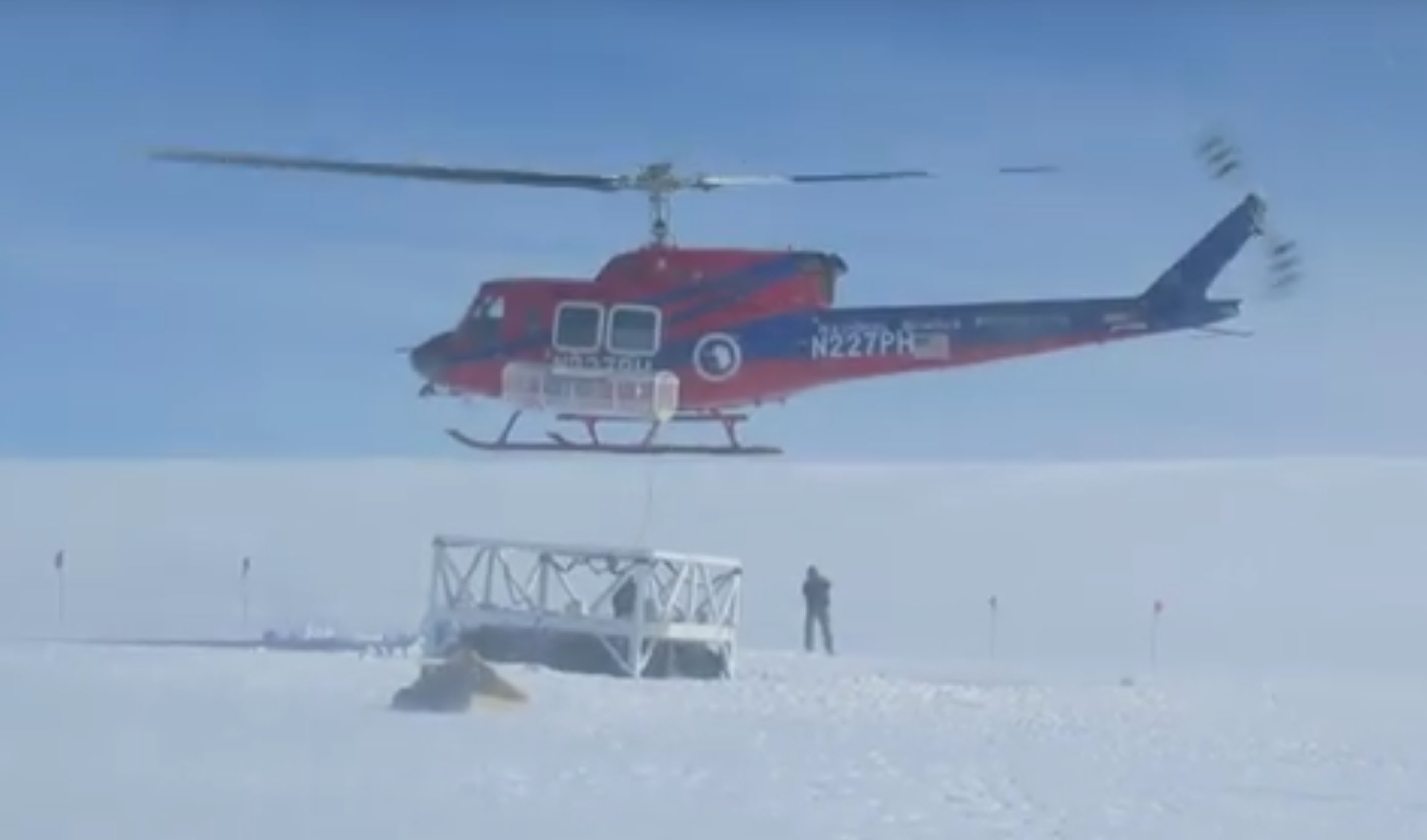 After a circumnavigation of the Antarctic continent, the PMC-Turbo camera was successfully recovered on the Ross Ice Sheet. The team hopes that the imagery obtained of noctilucent clouds will help scientists compare the small-scale dynamics and signatures of turbulence and instability visible in the mesosphere over the southern polar region with those obtained in the northern hemisphere throughout last July’s successful PMC-Turbo mission.

“Dynamics of the mesosphere are largely driven by gravity waves that transport energy from the lower atmosphere and break in the upper atmosphere, much like waves on a beach’, said PoSSUM Executive Director and PMC-Turbo Co-Principal Investigator Dr. Jason Reimuller, “The differences in the topography and weather patterns in the Antarctic region can produce a different climate in the mesosphere than observed in the northern polar region”

The host payload, called the Super Trans-Iron Galactic Element Recorder (SuperTIGER), is designed to study rare heavy nuclei, which hold clues about where and how cosmic rays attain speeds up to nearly the speed of light.

The PMC-Turbo camera systems are able to image mesospheric dynamics by imaging the small-scale structures of noctilucent clouds using specialized camera systems. Noctilucent clouds (also known as Polar Mesospheric Clouds, or PMCs, when viewed from space) are the highest clouds observed on Earth, typically forming at altitudes near 83km in the summertime at high latitudes in both hemispheres. They are of particular interest as their presence is believed to be a “miner’s canary” for climate change at high altitudes.