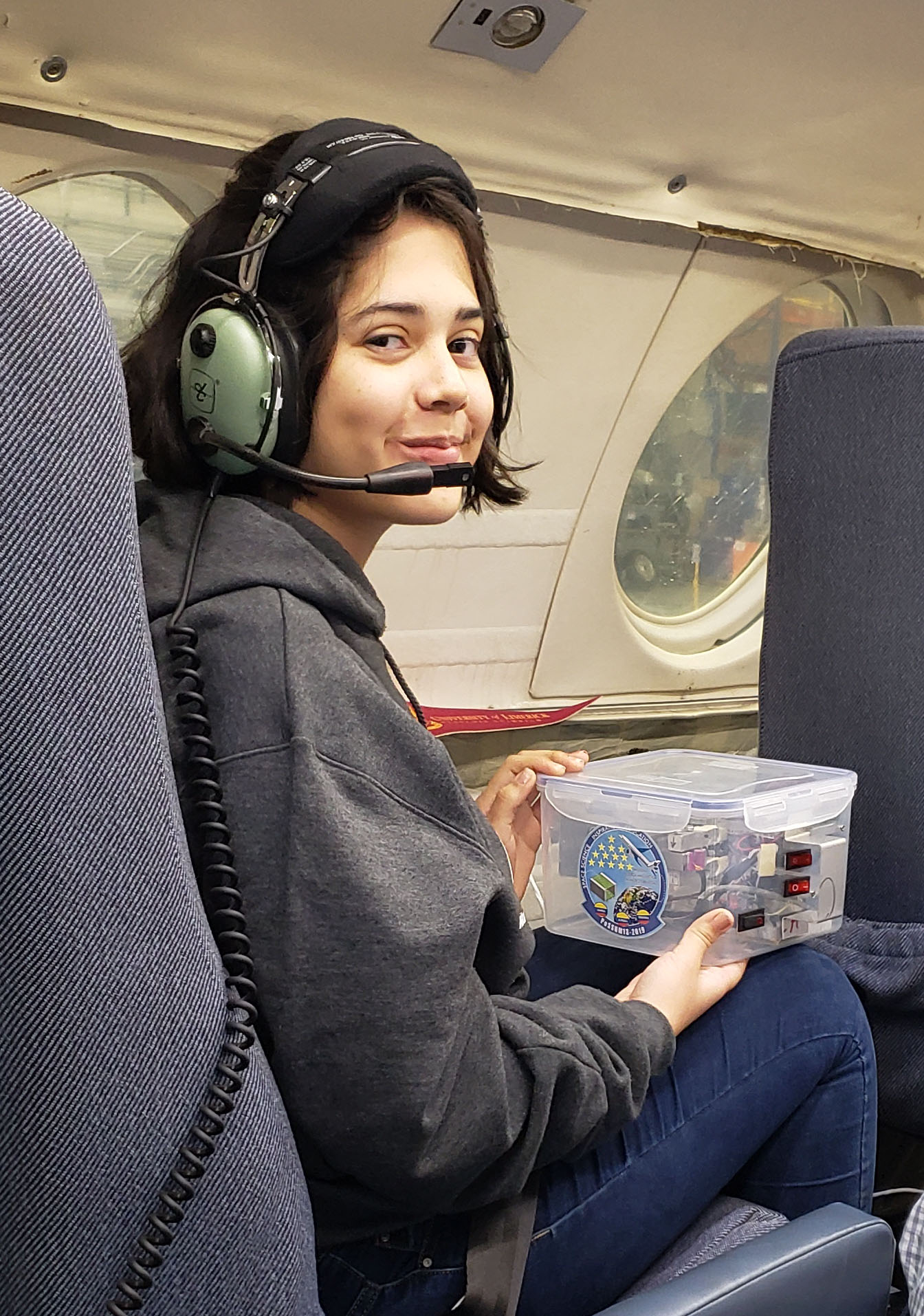 Ottawa, Ontario – The first student team winners of the PoSSUM 13 International Microgravity Flight Challenge conducted their experiment as part of the annual PoSSUM microgravity campaign. Ivanna Hernandez, of the “Magnetic Force in Microgravity” team from Columbia, represented her team in Ottawa, Canada.

“I am very proud to be the winner of the first PoSSUM 13 International Microgravity Flight Challenge. During the flight in microgravity, I met many women who are doing science and who are also preparing to be astronauts.” said Hernandez.

The campaign was hosted by the National Research Council (NRC) in Ottawa, Canada. Flights aboard the NRC’s Falcon-20, an aircraft capable of flying steep maneuvers called parabolas, allowed Ivanna and other PoSSUM students to experience repeated periods of weightlessness. Scientists use these periods of weightlessness to test equipment and to perform tasks to simulate the effects of reduced gravity on humans and hardware.

“Floating in microgravity initially feels like falling into a vacuum and when you’ve been floating for a few seconds it’s like being in the water, but without the resistance it gives you.” said Hernandez, “I experienced periods with twice the force of terrestrial gravity, where moving your arm is difficult for you because of the force you feel throughout your body and this happened while carrying out my experiment and the other two finalist experiments of the teams from Guatemala and Mexico.”

Remaining finalist teams had their experiments flown with PoSSUM students on the microgravity flights.  The Escuela Secundaria Técnica team from Sinaloa, Mexico included an experiment involving the separation of water and oil, and the team from Colegio Interamericano de Guatemala included their experiment examining energy generation and transformation.

The PoSSUM 13 International Microgravity Flight Challenge is an annual competition that will be soliciting submissions again in 2020. Please refer to www.projectpossum.org website for updates.