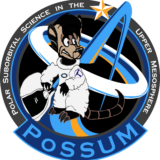 The PoSSUM Aeronomy Program provides a practical education for the professional interested in upper-atmospheric research from research aircraft, high-altitude balloons, and suborbital spacecraft. Emphasis is on the study of noctilucent clouds from research aircraft, the design of space instrumentation and on mission specific training for suborbital noctilucent cloud tomography missions. This Program has been co-developed by Project PoSSUM, Integrated Spaceflight Services, Columbia University, GATS, Inc., and Aerospatial Systems.

Project PoSSUM partners with Aerospatial Systems to conduct airborne imagery and remote sensing of noctilucent cloud structures from High Level, Alberta using a Turbo Mooney research aircraft. Individual sorties are designed to compensate for solar motion and synchronize with the AIM satellite, which observes noctilucent cloud structures from space, and with terrestrial observation sites to facilitate tomographic reconstruction. These images are used to test the low-latitude thresholds of space-based imagery and qualify instrumentation for PoSSUM high-altitude balloon and suborbital spacecraft missions. 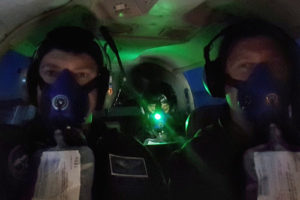 Project PoSSUM works in partnership with GATS, Columbia University, and Integrated Spaceflight Services to develop and test camera systems designed to fly on a high-altitude, NASA-funded balloon in support of the imagery experiment around the Antarctic polar vortex for two weeks in December 2017. PoSSUM graduates are engaged in the instrument development, testing, and educational outreach efforts in this novel experiment that will study atmospheric dynamics that can only be viewed in exquisite detail through very high resolution imagery techniques. 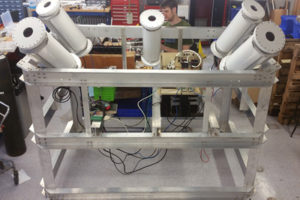 The PoSSUMCam system will be used to obtain high-resolution imagery of noctilucent cloud microfeatures as suborbital spacecraft pass through the cloud layer, much like an MRI creates 3D representations of the human body.  These images will be used to build extremely high-resolution models of the small-scale structures of noctilucent cloud layers through modeling algorithms developed for the program. These structures have been difficult to resolve from previous means of observation from space-based or ground-based imagers but are believed to contain most of the information pertaining to energy and momentum deposition in the upper atmosphere. 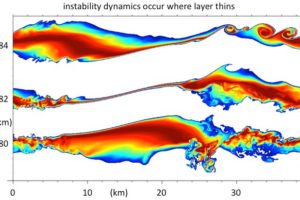 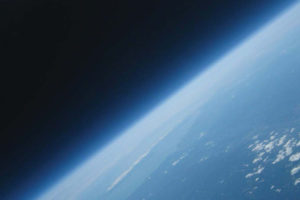 AER 101 provides an understanding of the general properties and characteristics of the geospace environment and the underlying physical mechanisms. The student will understand the fundamentals of aeronomy, study of the atomospheric environment of the mesosphere and lower thermosphere (MLT) region of the atmosphere. Special emphasis is given to the to environmental hazards most relevant to the operations of manned spacecraft, including particles and radiation, impact phenomena, spacecraft charging, aerodynamic drag, and oxygen corrosion of surfaces.

AER 102 provides PoSSUM students a basic proficiency in programming and gain an understanding remote sensing techniques including light detection and ranging (lidar), radar, and computer vision in the context of emerging technologies such as autonomous navigation and terrain modelling as well as a review & extension of Project PoSSUM aeronomy collection & processing efforts.

AER 103 provides a foundation in flight research. Students will learn how to integrate and test imagery systems to aircraft and then organize operational field campaigns and sorties using PoSSUM research aircraft to study noctilucent clouds in annual field campaigns based from High Level, AB. Students will train for one of two in-flight roles: navigator or instrument operator. Students will also participate in coordinated ground observation campaigns to facilitate tomographic reconstruction of airborne images. Students will learn to operate at high-altitudes (up to 23K’) in unpressurized aircraft. Transportation to High Level is organized from Edmonton, AB. 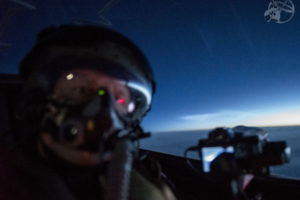 AER 104 is a customized program where students work directly with their PoSSUM team members to do high-altitude mesospheric research including aircraft and balloon observations of sprites and noctilucent clouds as well as the suborbital PoSSUM noctilucent clouds tomography missions. Courses are planned on case-by-case basis.

This is a 3-credit course that consists of ten webinars in two-hour blocks (1.5 hours of lectures plus time for discussion of assignments) and six assignments. Two assignments will consist of self-study tasks to be summarized in write-ups/presentations, four assignments will based on questions and calculations. Students will receive either a Pass or Fail grade.

The course will be run via GoToMeeting. Webinars will be held on Fridays from early February to mid-April and tentatively be scheduled at 4:00-6:00 pm PST/PDT (7:00-9:00 pm EST/EDT).

Introduction to the Scientific Method

Introduction to the Earth’s Atmosphere

Radiative Properties of the Atmosphere – Climate

Interactions of light with matter

Impact of weather on spacecraft operations

Impact of air traffic on the stratosphere

Optical effects in the upper atmosphere

Dust and condensates and their radiative effects

Entry, descent and landing of spacecraft on Mars

AER 103 provides a foundation in flight research as applied to the imagery of noctilucent cloud structures synchronized with ground and satellite observations.

Sorties will be planned daily and waypoints, altitudes, and engine settings will be calculated based on AIM satellite ephemeris data, the solar position, and winds aloft. Missions will be flown when noctilucent cloud presence is verified through visual observation or through LiDAR detection.

Each student will have the opportunity to participate in a flight as well as a ground observation mission. Transportation to and from Edmonton, AB will be provided.