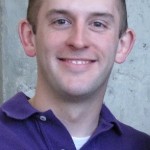 Steven Mitchell received his B.S. degree in Mechanical Engineering from the University of Maryland at College Park in 2005, and his M.S. and Ph.D. degrees in Aerospace Engineering Sciences from the University of Colorado at Boulder in 2009 and 2013, respectively. His thesis research was on high-resolution depth measurement of remote semitransparent media through development of novel LiDAR technologies. He holds the patent on the seminal LiDAR technology enabling remote measurement of extremely shallow media depths through polarization analyses of transmitted and received optical signals.  In his current role as LiDAR systems engineer, Steve has led the development of multiple LiDAR instrumentation efforts for measurements including surface topography, water depth, and wind velocities.  His primary interest is instrument development for high-altitude platforms, with successful deployment of LiDAR sensors onboard aircraft including NASA’s ER-2 and Global Hawk airborne science platforms. 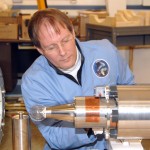 Dr. Gerald Lehmacher received his M.S. and Ph.D. in physics from the University of Bonn, Germany.  His thesis research was on mass spectrometry for a cometary mission and on sounding rocket measurements in the mesosphere and lower thermosphere.  His positions were National Research Council Resident Research Associate at NASA Goddard Space Flight Center,  Research Scientist at the University of Wuppertal, Germany, working on the Cryogenic Infrared Spectrometers and Telescopes space shuttle missions, and Research Associate at Western Kentucky University involving astronomy students in small atmospheric and space missions.  Since 2002 he has served as faculty in the Department of Physics and Astronomy at Clemson University, working primarily on upper atmospheric turbulence using sounding rockets and the giant Jicamarca radar array in Peru. 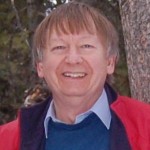 Dr. Michael Taylor is a specialist in optical remote sensing measurements of atmospheric optical emissions at the Center for Atmospheric and Space Sciences and (CASS) Utah State University, Logan, Utah. Michael has developed several high-performance imaging systems utilizing the airglow emissions to investigate upper atmospheric dynamics and temperature structure. These instruments have been used to study a broad range of atmospheric phenomena including gravity waves, tides, polar mesospheric clouds, equatorial and mid-latitude F region dynamics, upper atmosphere lightning, meteor ablation and satellite re-entry signatures. His group is actively involved in collaborative LiDAR, radar, imaging and temperature mapping programs at low, mid-latitudes with ongoing measurements programs in Chile, Norway, and Antarctica.  He is a Co-Investigator on the NASA Aeronomy of Ice in the Mesosphere (AIM) mission and Director of the USU Bear Lake Observatory in Utah. Michael has over 135 collaborative publications to date and is an active researcher in the NSF CEDAR community and served on the Science Steering Committee (1996-99). Michael holds a Ph.D. in Atmospheric Physics from Southampton University, U.K., 1986, an M.Sc. in Electronics from Southampton University, U.K., 1977, and a B.Sc. with honors in Physics from Southampton University, U.K., 1974.

Dr. Zoltan Sternovsky is an assistant professor of Aerospace Engineering Sciences at the University of Colorado in Boulder, Colorado, and a research scientist at the Laboratory for Atmospheric and Space Physics, focusing on aerosols and dusty plasmas.  Dr. Sternovsky holds a Ph.D. and an M.S. degree in physics from Charles University in Prague, Czech Republic.  His dissertation focused on the elementary processes associated with dusty plasmas.  He is a recipient of the 2011 Young Scientist Award from the Union of Pure and Applied Physics (IUPAP), noted for “pioneering contribution to the study of charged dust particle dynamics in laboratory and space plasmas.”

Dr. Kathleen Mandt received her M.S. in Space Studies from the University of North Dakota and her Ph.D. in Environmental Science and Engineering from the University of Texas at San Antonio in 2007 and 2012, respectively. Her Master’s thesis research was to evaluate the geologic origin of the Medusae Fossae Formation on Mars through geomorphology and terrestrial analog studies. Her Ph.D. thesis studied the evolution of Titan’s atmosphere using isotopic and ion composition data from the Cassini Ion Neutral Mass Spectrometer (INMS) and models of atmospheric dynamics and photochemistry. She is a Research Scientist at Southwest Research Institute and serves on the Rosetta Ion Electron Spectrometer (IES) and Lunar Reconnaissance Orbiter Lyman-alpha Mapping Project (LRO LAMP) instrument teams. She is continuing her research on Titan atmospheric chemistry and is extending this work to applications for the Earth’s upper atmosphere. As the in-situ neutral composition lead, she will deploy devices to collect atmospheric samples for ground-based analysis of the atmospheric composition in the mesosphere and lower thermosphere. Constituents of primary interest include CO2, NO, and their isotopologues.